“I always love playing with this fantastic orchestra. It’s made up of
such passionate musicians […] Marios is a maestro and the Oxford
audience was with us all the way”
Nigel Kennedy


The Oxford Philharmonic Orchestra join Nigel Kennedy for a Southern-England tour of The New Four Seasons and Kennedy’s own Dedications. Kennedy recorded Vivaldi’s The Four Seasons back in 1989 and sold over two million copies, making history to become one of the best-selling classical albums of all time. In 2015 Kennedy revisited The Four Seasons with a new interpretation, embracing new developments in music technology, styles and instruments. Kennedy trained at the Menuhin School and the Juilliard School Music and has since led trailblazing projects, which have seen him perform on electric violins, combining jazz, rock and classical idioms. The Oxford Philharmonic has worked with Kennedy on numerous occasions in the past and in a variety of musical styles and collaborative settings.

“When he starts to play, something extraordinary happens […] it
was a mesmerizing evening from the moment he came on stage”
UK Music reviews

Since Marios Papadopoulos established the Orchestra in 1998, the Oxford Philharmonic has grown steadily in stature, now attracting some of the world’s leading musicians as soloists and conductors, such as Valery Gergiev, András Schiff, Lang Lang, Anne-Sophie Mutter, Vladimir Ashkenazy, Nigel Kennedy and Maxim Vengerov who hold the Orchestra in high regard. Performing regularly in the intimate surroundings of Sir Christopher Wren’s Sheldonian Theatre, the musicians of the Oxford Philharmonic Orchestra include some of the UK’s finest players who are attracted to the flexibility, variety of work and artistic quality.

Oxford Philharmonic Orchestra
The Oxford Philharmonic is one of the leading orchestras in the UK. Formerly known as Oxford Philomusica and praised as ‘excellent’ by Gramophone Magazine and ‘thoroughly impressive’ by BBC Music Magazine, the Orchestra’s reputation is based on the uncompromising artistic standards of its founder and music director, Marios Papadopoulos, and maintained by some of the finest musicians in the UK. The Oxford Philharmonic's achievements include an extensive concert season at the Sheldonian Theatre; outstanding recordings of Haydn’s Creation with New College Choir, and the Handel/Mendelssohn Acis and Galatea with Christ Church; major celebrations of Mozart, Haydn and Beethoven; hugely popular family concerts; and its annual Piano Festival and Summer Academy. Since 2002, the Oxford Philharmonic has enjoyed a close association with the University of Oxford as its firstever Orchestra in Residence. Beyond its home region, the Orchestra appears often in London and other parts of the UK and is rapidly expanding its overseas touring programme and its recording catalogue.

Nigel Kennedy
For over twenty-five years, Nigel Kennedy has been acknowledged as one of the world's leading violin virtuosos. His unique talent and mass appeal have brought fresh perspectives to both the classical and contemporary repertoire and he is the best selling classical violinist of all time. From a young age, he was Yehudi Menuhin’s most famous protégé, studying first at the Menuhin School before moving to the Juilliard School of Music in New York to study under celebrated teacher, Dorothy DeLay. During his career, Nigel Kennedy has undertaken countless international tours, performing with the world's leading orchestras and conductors throughout Europe, North America, Central and South America, South East Asia and Australia. 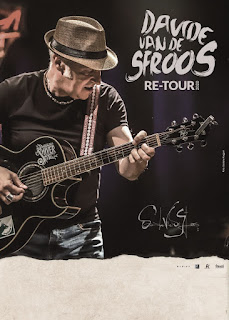